I am an artist educator working at Chester International School. I am committed to a career in arts-based research education and have recently completed my Doctorate in Education at the University of Chester. 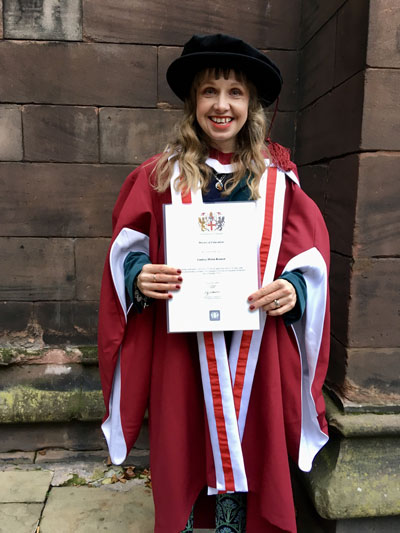 August 2017
Creation and delivery of Art Workshops for the charity Stepping Stones, Wrexham

June 2015
Creation and delivery of Art Workshops for the charity Stepping Stones, Wrexham

October 2010
Presentation and workshop on my art practice aimed at BTEC foundation students. Shrewsbury School of Art and Design

NSEAD – The National Society for Education in Art and Design BERA

Member of the Chartered College of Teaching

My hobbies include walking and roller derby which I play for my local team The Cheshire Hellcats. In my spare time I enjoy painting and visiting art galleries. I also enjoy walking my dog Teddy in the beautiful countryside on my doorstep.